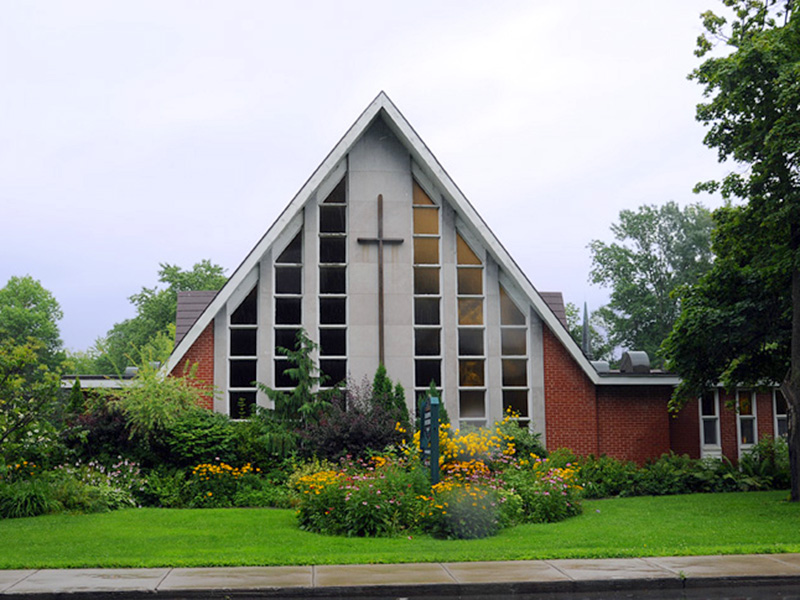 Beaurepaire is geographically part of the City of Beaconsfield.  It has a small commercial area centered on the north and south sides of Beaconsfield Boulevard between St. Andrew and Woodland Avenues.

The name Beaconsfield was used by Mr. J.H. Menzies, one of the original landowners on the western end of Montreal Island.  In 1876 he named his property Beaconsfield to honour his friend Benjamin Disraeli, Earl of Beaconsfield and Prime Minister of England in 1868 and again from1874 to 1880. The southwest district of Beaconsfield is known as Beaurepaire. After the founding of Montreal much of the western lakeshore land bordering Lac St. Louis was developed as farmland, and later as lakeside cottages and country homes.

The 1950’s and ‘60’s saw rapid development on the West Island.  The central Montreal business community attracted employees from across Canada who often settled in the West Island residential suburbs.  Streets and homes multiplied, as did enrolment in schools and churches. However, by the early ‘70’s the changing political and economic atmosphere in the province began to impact the predominantly English speaking population.

What was to become Beaurepaire United Church (BUC) began under the leadership of a group of ladies who raised funds to build a “Protestant, non-Anglican” church in Beaurepaire, beginning in 1920, with Mrs. William Angell and Mrs. Louis Carriere.  The first service was held on April 20, 1924 under the auspices of the Methodist Church in Montreal who provided a student minister.  On June 10, 1925 the United Church of Canada was formed and the Beaurepaire congregation voted to join the new organization. Services were held in various homes and locations. For a while BUC was linked with Lilly Memorial in Pointe Claire as a two-point pastoral charge.  From 1944 to 1953 services were held in the Anglican Church on Sunday evenings.  In 1953 BUC became a congregation on its own and moved across the street to the Protestant school at the corner of Fieldfare Avenue and Church Street.

The current church building was completed in 1955 at 25 Fieldfare Avenue. It was dedicated as a United Church of Canada on January 20, 1956.  The ‘50’s saw the congregation grow in leaps and bounds with over five hundred members and an equally large Sunday School. Several additions were built and space at nearby Christmas Park School was also used for Sunday School classes.  The congregation faithfully served the community for many years, offering programs for children and youth, supporting many worthwhile projects, including the adoption of a missionary to Brazil, Rev. Tom Edmonds.

Following a trend that became obvious in many churches, BUC, by the mid-‘90’s was experiencing a dramatic decline in membership.  Exacerbated by the October crisis of 1970, many families migrated to Ontario and the western provinces of Canada.  The remaining volunteers that form the lifeblood of any church were over-loaded and withdrawing from active committees. In 1999 the congregation studied a revised structure borrowed from modern organizational concepts and adopted a simpler volunteer structure. Under the new structure, designed to lighten and shorten individual workloads, a Church Leadership Team (CLT) replaced the official board or Session. The CLT, guided by the Minister, used brainstorming, prioritizing, delegation and next-step techniques to manage and conduct the business of the church.  Reporting to the CLT was a necessary minimum of Problem Solving Teams (PST’s) and Church Action Teams (CAT’s).  The teams met over a pre-determined period to plan or execute the task at hand.

The CLT system, with some modifications remained in place until the retirement of Rev. Murdock MacFarlane in 2012.  An adaptation of the CLT was used during the two-year period that Interim Minister, Rev Ron Coughlin was at BUC.

A desire to “give back” to the community produced a plan to subdivide the large 25 Fieldfare lot in order to build a seniors’ affordable cost apartment building. In 2006 the BUC congregation approved the plan. Over a five-year period of planning and applying for Quebec government funding, the AccesLogis program agreed to provide construction funds. The church space was then transformed when the church lot was subdivided, the church hall and janitor’s cottage were demolished and the and land was sold to the non-profit board that built and now operates Villa Beaurepaire as fifty apartment Seniors’ complex.

Concurrently talks with Union Church in Ste. Anne de Bellevue concerning a possible merger were proceeding well. Both churches had a history of mutual cooperation, including alternating Sunday services during Ministers’ summer vacation time. A merger was approved by both congregations and by Presbytery, with the understanding that some funding would be saved by creating a two-point charge to be served by one minister instead of two. Both ministers in such a situation are asked to resign and a new minister recruitment search begins.  Rev. Ron Coughlin was at the end of his two-year contract.  Rev. Vicki Cowan, of Union Church, followed protocol and resigned. The recruitment period began and resulted in the hiring of Rev. Cowan to serve the two churches in the new Pastoral Charge, appropriately named Merging Waters. Effective September 2015, Sunday services are held at 10:30 am alternating between the two churches.